Normal Anatomy of the Knee Joint 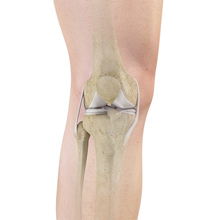 The knee is made up of four bones. The femur or thighbone is the bone connecting the hip to the knee. The tibia or shinbone connects the knee to the ankle. The patella (kneecap) is the small bone in front of the knee and rides on the knee joint as the knee bends. The fibula is a shorter and thinner bone running parallel to the tibia on its outside. The joint acts like a hinge but with some rotation. 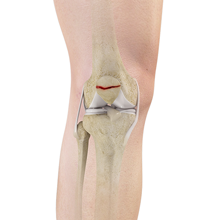 A fracture is a condition in which there is break in the continuity of the bone. In younger individuals, these fractures are caused from high energy injuries, as from a motor vehicle accident. In older people the most common cause is weak and fragile bone. 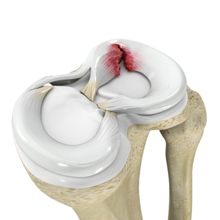 Meniscus tear is the commonest knee injury in athletes, especially those involved in contact sports. A suddenly bend or twist in your knee cause the meniscus to tear. This is a traumatic meniscus tear. Elderly people are more prone to degenerative meniscal tears as the cartilage wears out and weakens with age. The two wedge-shape cartilage pieces present between the thighbone and the shinbone are called meniscus. They stabilize the knee joint and act as “shock absorbers”. 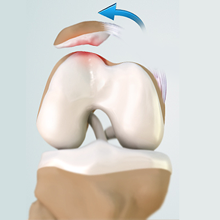 Arthroscopy of the Knee Joint 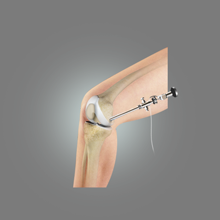 Knee Arthroscopy is a common surgical procedure performed using an arthroscope, a viewing instrument, to look into the knee joint to diagnose or treat a knee problem. It is a relatively safe procedure and a majority of the patient’s discharge from the hospital on the same day of surgery. 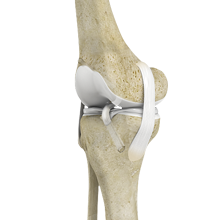 The anterior cruciate ligament is one of the major stabilizing ligaments in the knee. It is a strong rope like structure located in the center of the knee running from the femur to the tibia. When this ligament tears unfortunately, it does not heal and often leads to the feeling of instability in the knee. 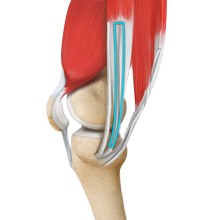 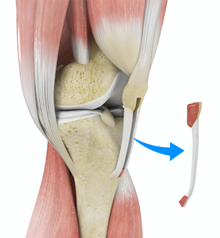 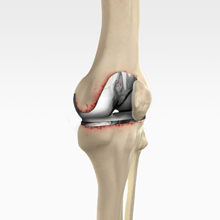 Total knee replacement, also called total knee arthroplasty, is a surgical procedure in which the worn out or damaged surfaces of the knee joint are removed and replaced with artificial parts. The knee is made up of the femur (thigh bone), the tibia (shin bone), and patella (kneecap). The meniscus, the soft cartilage between the femur and tibia, serves as a cushion and helps absorb shock during motion.

Patella (knee cap) is a protective bone attached to the quadriceps muscles of the thigh by quadriceps tendon. Patella attaches with the femur bone and forms a patellofemoral joint. Patella is protected by a ligament which secures the kneecap from gliding out and is called as medial patellofemoral ligament (MPFL). 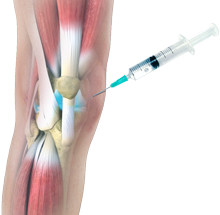 Arthrocentesis or joint aspiration is the procedure of using a syringe to collect synovial fluid from a joint capsule.

The Stryker Triathlon is a knee implant system that promotes natural knee movement while ensuring stability. It maintains an increased contact surface through a wide range of motion thus providing a better fit and is designed to minimize stress and wear. This long-lasting implant system is ideal for those wanting to return to an active lifestyle.

The Patellofemoral Arthrosurface is a minimally invasive, anatomic resurfacing procedure to treat painful localized arthritis of the patellofemoral joint. It is designed for the active older adult with early arthritis and limits the area of surgical repair. It allows early rehabilitation and return to an active lifestyle.

Click on the topics below to find out more from the orthopaedic connection website of American Academy of Orthopaedic Surgeons. 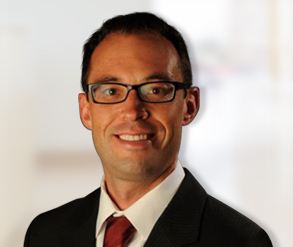